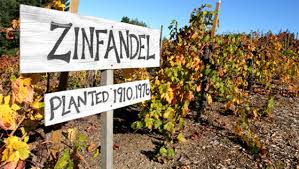 The History of Zinfandel in the United States

Zinfandel is one of the most popular variations of wine and is enjoyed by millions of wine drinkers and enthusiasts alike across the whole United States. These patrons like to sip on their favourite California brands of Zinfandel, which is made out of a type of black-skinned grapes, but have no idea how this sweet robust fruit came to the states.

There are many Americans who believe that Zinfandel grapes were imported directly to California, but history shows that this not the case. The Zinfandel grape actually didn’t arrive in the United States until the 1800’s. This particular grape first appeared in the U.S. when George Gibbs, a horticulturist with a degree from Harvard living on Queens, Long Island, received shipments of Zinfandel grape vines from the Austrian Schoenbrunn Collection of Horticultural between 1820-1829. With the help of Samuel Perkins and William Prince, Gibbs took the grapes from New York and introduced Zinfandel to Boston where it was then grown in nurseries and produced as a sweet tasting table wine enjoyed by locals. The Zinfandel grape didn’t actually arrive in the California region until the year 1852, over 20 years after it was first introduced to the New England area, by Fredrick Macondray, a sea captain which often traded between Massachusetts and California. With the California Gold Rush occurring around the same time, there were many people from the New England area who moved out West and already knew how to cultivate the Zinfandel grape. The Zinfandel vines were then planted throughout the Napa and Sonoma valleys where it flourished and soon became California’s most valued and most planted wine grape.

The California climate and year round sunshine makes it an ideal location to grow this delicious wine. Many of the original Zinfandel vines are still growing in California and producing some of the best tasting Zinfandel in all of the world.