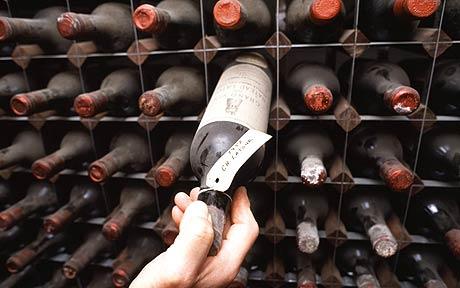 A Bordeaux wine is any wine produced in the Bordeaux region of France, centred on the city of Bordeaux and covering the whole area of the Gironde department, with a total vineyard area of over 120,000 hectares, making it the largest wine growing area in France. Average vintages produce over 700 million bottles of Bordeaux wine, ranging from large quantities of everyday table wine, to some of the most expensive and prestigious wines in the world.

The Bordeaux wine region is divided into sub regions. The 60 Bordeaux appellations and the Wine styles they represent are usually categorized into six main families, four red based on the sub regions and two white based on sweetness

While this high regard may be esteemed from afar, it can be a significant image hurdle to overcome when it comes to buying and selling the affordable wines that constitute the vast majority of Bordeaux’s wine scene. Bordeaux is more than capable of putting forth plenty of wine at a variety of prices every year. From the recent $1,800 price point for the 2009 Chateau Lafite Rothschild to the $18 dollars for the delicious and affordable 2009 Chateau Paloumey Cru Bourgeois, there is truly a Bordeaux wine to target every budget, every vintage.

Paying quite some for a bottle of wine would be over before you even know it. There is nothing great by spending so much money on a mere bottle of this drink. It does have that reputation about which no argument is held but there are lots better than this. People shouldn’t buy all the time just because they can.

Thus all I would like to say is that a bottle of Bordeaux is wonderful but it is just another wine. To simply put, it is just over rated.

Why not try our Bordeaux wine quiz?